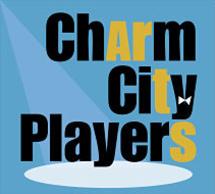 Neighboring counties should be taking serious note of the significant positive economic impact of the nonprofit arts.

why we all need the arts  —

A 2012 study commissioned by the National Endowment for the Arts found significant connections between high involvement in arts learning and general academic success, including lower dropout rates. The study also found that the arts:

Another study by the National Endowment for the Arts showed that students who take four years of arts and music classes (rather than only one-half year or less):

The arts bring much more than social enrichment to the community — they generate significant economic benefit too.

According to the 2012 Arts & Economic Prosperity IV study*, the nonprofit arts and culture provide a significant positive economic impact for the City of Baltimore

The arts enrich the lives of everyone involved — performers, instructors, stage crew, volunteers, audience members, and residents of the community.